I’ve followed Habitat for Humanity Pensacola’s email newsletter since I volunteered with them in my senior year of high school. Back then, it was all about getting to use a nail gun while meeting the quota of community service hours to graduate. After 3 years of cleaning cemeteries for hours, that nail gun was a power rush. I signed up for the email newsletter and planned to go back to volunteer as soon as I could figure out how to wake up that early on Saturday mornings. Unfortunately, that didn’t happen, and the newsletters went without response for years.

Flash forward to late this February. I’m bored and procrastinating by reading my emails, you know the deal. I opened a Habitat newsletter email with “Collegiate Challenge” in the title out of curiosity, but what catches my eye is the graphic at the bottom: 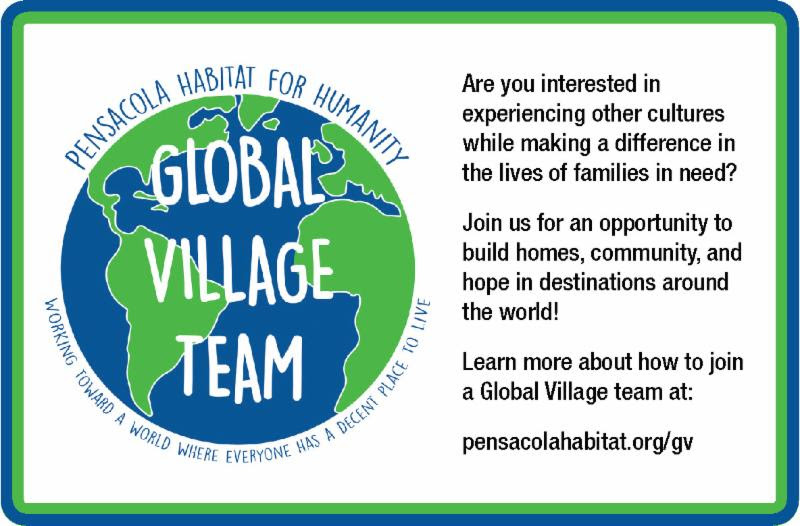 Why yes! Yes I am interested in experiencing other cultures and making a difference! How did you know? A click of the link later shows that there’s a trip to Guatemala in Spring 2016. A few links later, and I’m tweeting about the pros and cons of voluntourism and trying to debate if I should take the time out of school or not for an international jaunt. As it happens, the trip is in early April, immediately after the Southeastern Psychological Association conference. I’ll have to leave directly from the conference in New Orleans to fly to Guatemala City.

So, to sum all the pros up: helping people, practicing my Spanish, getting to spend 8 days out of the country for ridiculously cheap, AND the option to explore some Mayan ruins, a colonial town, or hike a volcano and roast a marshmallow over the top. It didn’t take much convincing.

Done some soul-searching. My 80yr old self would want me to take opportunity & go to Guatemala. I'm gonna do it. Hell yeah.

Next thing you know, I’m filling out applications with Habitat for Humanity, booking tickets to Guatemala City, and making arrangements to get a passport for the first time. Traversing the bureaucracy was it’s own brand of hell, of course, but one week and an absurd amount of money later, I had my very own passport in my hands! As an aside, I’d never considered this because the outsides of the books are pretty subtle, but the internal passport pages are the most patriotic things I’ve seen in my life. Quotes from dead presidents about freedom and independence pasted over red, white, and blue tinted Mount Rushmore and amber waves of grain… it actually might start singing the Star Spangled Banner when I open it on foreign soil for the first time.

Now I’m buying work boots, trying to figure out how to get hair gel through the TSA, and learning a few phrases in the local indigenous language (Kaqchikel, a variant of Maya) before the travel dates. I’m also trying to get a presentable poster ready for the SEPA conference and another separate one for the UWF Student Scholar’s Symposium. Awesome! Also my daughter is potty training right now.

It’s going to be a really interesting couple of weeks.

February 29th was the deadline for submission of abstracts to the UWF Student Scholar’s Symposium. Being both a chronic procrastinator and an insufferable over-achiever, I submitted two abstracts at the eleventh hour. I’m really excited about presenting with both of them; in fact, the second will also be presented at the Southeastern Psychological Association (SEPA) in New Orleans. Our presentation is at 1:30 pm on April 1st, so look us up if you’re there!

Language brokering (translating for family members who do not speak the dominant language) significantly and positively correlates to academic performance and to fluency in both languages involved, but it also correlates to high levels of depression due to the stress of translating in complex and developmentally inappropriate settings. In this study, we predicted that cultural values that emphasize the connectedness of the family unit (e.g., “familism”) will moderate the adverse psychological effects of language brokering. Using the Mexican American Cultural Values scale and the Vancouver Index of Acculturation, we explored various protective and risk factors of collectivist cultural values on the development of depression and anxiety (measured by Mood and Anxiety Symptom Questionnaire and Penn State Worry Questionnaire scores) in adolescent language brokers. When language brokers were heavy translators as adolescents (14-18 years of age), they appear to have a higher prevalence of depression and anxiety during emerging adulthood. We found that for anxiety levels, having a higher sense of familism helped to alleviate some of these symptoms. For depression, we found the opposite. Language brokers with higher independent mainstream values had lower levels of depression. It seems that being connected to both cultures, rather than just one culture, is very important to language brokering adolescents.

Grit is a non-cognitive personality trait that has been shown to be a predictive factor of goal attainment. The current study extended these results by examining grit as a predictor of academic success in a regional, comprehensive university atmosphere, which is a typical environment in which grit may be advantageous. This study also explored the concepts of grit and executive function as indirect influences on academic success, rather than direct predictors. Previous research has established strong relations between the personality trait conscientiousness and academic performance. Merging these areas of research may lead to a greater understanding of the interaction of different personality variables in predicting collegiate success.

Data was collected from 88 students. The Big Five Personality Inventory, the cognition battery of the NIH Toolbox, and the Grit Short Form were given to participants. GPA was also collected. Preliminary analyses show that the relation between grit and academic performance is more complex than previously suggested. The relation was shown to be positive, but only in the presence of certain personality characteristics. These data suggest that grit plays a role in GPA only when combined with average to high levels of conscientiousness. Therefore, as levels of grit and conscientiousness increase, GPA tends to increase. These findings support our assertion that a more complex relationship exists between grit and GPA. Data using executive functions as moderators is currently being analyzed.